Blame Gets Disguised As Resentment

OK, OK, so some well-meaning people kept telling me over the years to make a list of any person, place or thing, institution or idea that I resent. Then they asked me to analyze what part I played to keep the resentment growing. This was suggested as a spiritual exercise over twenty years ago. I kept struggling with it because I couldn't see the usefulness of writing down a whole catalog of all my dislikes. But when I asked myself, "How many people do I BLAME and WHY do I blame them?" then I knew which people to really focus on forgiving or setting boundaries with. Working with the word <resentment> was too vague for me. Resentments could take hold over any slight annoyance. When I substituted the word BLAME, then I saw how the activity of blaming this or that person was keeping me stuck.

Blame is such an obvious problem, and a more immediate forest fire to put out in one's mind. Try this simple suggestion for yourself. Why else are you making an inventory of yourself? It's to transcend your limitations, isn't it? You are not writing a whole personalized telephone book of every single person, place, thing and situation that irked you? You could waste a lot of time. What few key persons could you write the names of to fill up a tiny match book cover? That's who you blame. Work on setting yourself free starting right now. You see, they're the biggies who are really weighing you down. And when you set yourself free, lots of pressure will be lifted off you. 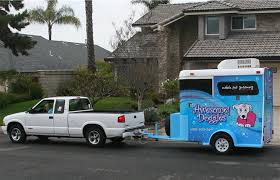 Last night as I was walking home to get back in shape and economize on bus fare, I came across a man trying to park a trailer hitched to the back of his vehicle. Rather, let me say I heard the crash before I saw the vehicle. There was no one else around. Being as I am a D.O.E., or Daughter of an Engineer, I called out to the man, "Need some help?"

He seemed puzzled that a youngish looking lady with pigtails and feminine wide brimmed straw hat replete with polka dot bow and wearing a frilly turquoise summer top in diamond navy blue leggings would be mechanically inclined. As a young girl I often had to help my father back up trailers and vehicles and I am a math student. Always looking for something to measure or calculate...ha ha. I enjoy putting my math skills to good use. I also have truckers in my family so I know just how difficult it is to navigate some turns and park that 18 wheeled monster.

He still was peering out at me but he looked relatively harmless so I said cheerfully, "Sorry, but I heard the crash. Don't mean to embarrass you, sir, but would a second pair of eyes help?" His face lit up, so I walked over but his words still showed surprise and embarrassment that a woman would be helpful in his jam. We did succeed quite quickly in parking his trailer. And as he got out to unhitch his trailer he told me that the part that came next really injured his back a month ago. He explained that he would have to swing the whole trailer over to a post to chain it.

Maybe he would think I was odd, well, maybe he already thought I was odd, so I took a risk and said, "I am an energy healer. I work with energy. So why don't we use a combination of martial arts and Reiki to leverage yourself so you can swing the trailer with ease? Remember how a mother can suddenly summon unheard of strength to lift a car off her child? You can summon this strength in you, using your stores of adrenaline, then plant your feet firmly in the ground, use your thigh and leg muscles, then lift."

And he amazingly lifted up the trailer with more ease and less pain. I helped move the stand so he could just focus on the weight. In a matter of less than 30 seconds we had moved over the trailer by several feet so it could be securely locked. He thanked me and I went on my way.

At first on my walk back home I thought of how sometimes all a person needs is a presence, a few words of support and encouragement. As a spiritual guide I felt honored to help in any small way. While walking I realized a deeper message. Perhaps the universe was trying to show me that I needed to let go of a lot of heavy baggage. I have been having ongoing back pains that I couldn't seem to resolve. I thought to myself, "What am I carrying around, physically and psychologically that I need to get clear of? What ideas do I need to "park" somewhere and LEAVE BEHIND for good?

Then I realized that I still resented my superintendent for smoking in the apartment building. I was having a hard time getting the anti-smoking bylaw enforced. I am on a spiritual path. I can't afford to hate anyone. But that crazy trailer incident made me see that subconsciously I was carrying way too much load about a lot of other people's problems.  I could stop blaming the superintendent's carelessness or stubbornness for my suffering.

My tekkie husband suggested I start a blog to share my insights. Now I have two blogs which are immensely therapeutic and cleansing. Even my writing style is changing, becoming lighter and freer! I owe him so much for helping me put my writing skills online and up to date.

Here I was, very well known in my city of over a million people environs, as an expert in how to do stepwork, and poised to write a book about letting go of resentments and how to forgive, yet as soon as I would clear some resentments off my list, new ones would come. A lot fewer, but still. What helped push me to finally let go of all this accumulated mental junk was visualizing myself leaving to India. Am I really gonna bring all this baggage?

You know how they say, if your home was on fire, what would you flee with? I saw with that man's oversized trailer how I was accidentally smashing into people, or allowing their wrong choices to smash into me. And now I could create some clearance. I could give them a wide berth (distance, not birth). I could mentally create space by detaching, by telling myself over and over again, mantra style, Live and Let Live.