Stop! What are you doing with the microwave?

Floyd! Do NOT put that vintage style glass bowl in the microwave!  Stop. No..." I implored my step-father.

Unfortunately for me, the men do all the cooking in our family. And Floyd is a stodgy, stalwart truck driver from the wild forests of New Brunswick, Canada so I have to endure these rough baking selections.

I brought over a sample to my chef friend who studied and worked in France. "This is terrible," my friend said. "Don't ever offer me this again." 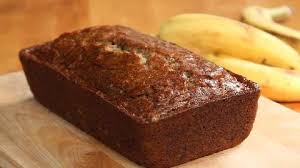 I go off on an absent-minded journey out the back door to the garden eating store-made brownies, the kind with too many multicolored sprinkles in a wrapper that could outlast an apartment lease, fortified with artificial this-n-that, so let's be grateful we have a man who cooks. And bakes. I go out admiring the gardens, playing with the excitable Pomeranian dog.


Time flew by. I had completely forgotten the crazy cooking mishap. I amble into the kitchen for a glass of ginger ale and there is Floydy-Doydy, wrinkling his forehead and shaking his head, looking sad and grinning happy at the same time. He stands arms across his chest out of defiance or self-comfort as his eyes gesture to me to look on the counter. On top of the too-large thick wooden cutting board is the famous blue bowl. He looks smug and mischievious. "Gotta let it cool first before we can slice it." he grunts in a cheerful way. I sense he is expecting me to slice it as slicing is closely related to serving so he is clearly off the hook. He's completed his task. He is now exiting the kitchen.

I go over to the bowl, speechless. I try gingerly touching the sides of the glass bowl. Boiling hot. Steam is rising fast and furious from the bread. I try touching the bread with a butter knife to stay safe. The bread is as hard as a rock. Floyd's creation looks like a friendly brown meteorite, faintly smelling of bananas.

For more tales of Floyd, stay tuned ....and don't put anything in the microwave I wouldn't put.

Ooops! Sorry. I forgot to tell you a key part of this story. Floyd not only used the worst cooking dish possible, he had put it in for a grand total of 45 minutes. "Look here, this here recipe says 45 minutes, so I'mma gonna cook it for 45 minutes." Stove yes, microwave a big fat NO! Microwaves cook like 10 times faster.  And to think that in his day to day job he does construction. Egad. The cake resembled a concrete sidewalk. We ended up throwing out the bowl with the uncuttable, unremovable cake. Oh Floyd.

Want to read more hilarious posts? Please let me know in the comments sections and please support The Truth and Health by donating to me through my new PayPal account. A big thanks :)!